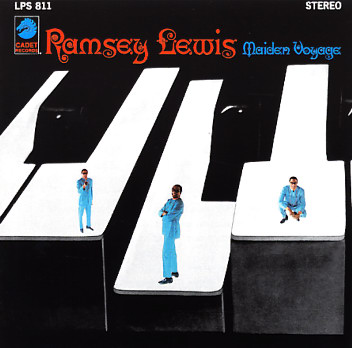 One of the key records from the Cadet/Concept scene in late 60s Chicago – a tremendous collaboration between pianist Ramsey Lewis and arranger Charles Stepney – and the kind of record that took soul and jazz to a whole new level! Ramsey on his own is great enough at this point – but add in Stepney's touch, and the record becomes something really brilliant – a blend of soaring strings, groovy rhythms, and spaciously stepping piano lines – all held together with a tremendous amount of creative imagination! The group here features a young Maurice White on drums and Cleveland Eaton on bass – both hitting a groove that's quite different than the Ramsey Lewis Trio sound of years back, with a lot more space, a lot hipper rhythms, and just the right sort of groove to match Stepney's sophisticated touches. The piano gets a bit electric at times, but is mostly acoustic overall – and titles include a great version of Minnie Riperton's "Les Fleur", a funky version of "Mighty Quinn", and the cuts "Afro Boogaloo Twist", "Maiden Voyage", "Ode", "Do You Know The Way To San Jose", "Only When I'm Dreaming", and "Eternal Journey".  © 1996-2020, Dusty Groove, Inc.
(Blue label stereo pressing with deep groove. Cover has ring & edge wear and an index label on the spine.)