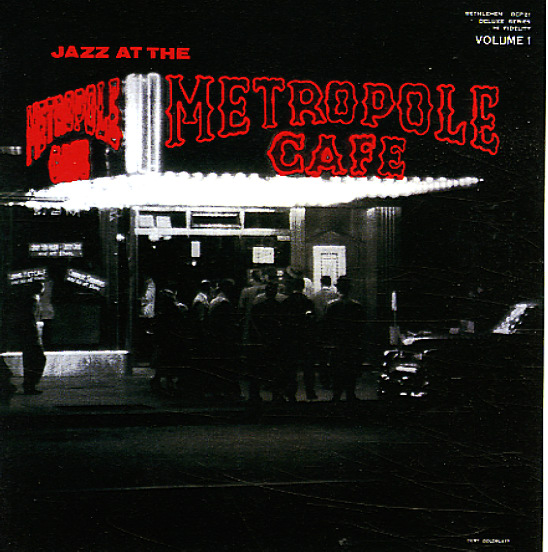 Jazz At The Metropole

A very cool, very unusual session – one that features Al Jazzbo Collins narrating a live performance from the Metropole club in New York – a trad jazz date, but one that's done with a mighty gritty edge! There's plenty of trumpet in the lead – and Red Allen sings on a few numbers with a style that's almost R&B – and which shows that the space between different jazz genres isn't so great if you know where to look. Both Allen and Charlie Shavers get in plenty of great solos, and Cozy Cole provides some nicely sharp rhythms as well. Titles include the long jammer "Jazz At The Metropole" – plus "Buddy Bolden Said", "Cotton Tail", "Kiss The Baby", and "Trumpet Conversation".  © 1996-2022, Dusty Groove, Inc.
(Original pressing! Vinyl has some light crackling during the introduction on side one, but soon plkays very well overall. Cover has light wear, and a trace of laminate peeling – but is very nice overall.)