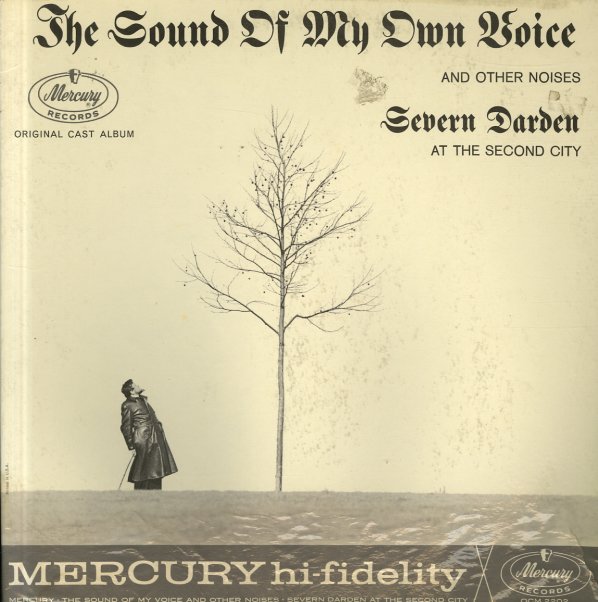 Sound Of My Own Voice

From hipster comedian to schlocky roles in The Planet of The Apes, Severn Darden was one of the 60s more enigmatic performers. This early album has him doing intellectual standup and skits with the help of the Second City cast – including Alan Arkin, Paul Sand, and Barbara Harris. The stuff's a bit dated, but it has that nice pre-hippy early 60s intellectual camp sort of twist.  © 1996-2021, Dusty Groove, Inc.
(Stereo pressing with deep groove.)