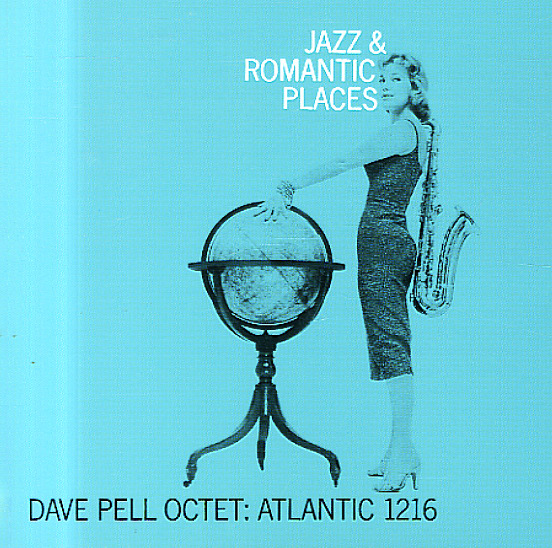 Jazz in romantic places, but some pretty groovy ones too – a host of global destinations all referenced in the track selection for the set! Dave Pell's tenor is at the lead on most numbers, but the octet's in fine formation too – arranged by Jack Montrose, Marty Paich, Johnny Mandel, and Shorty Rogers – the last of whom also produced the album, and manages to give it the same sort of feel as his own great sets for Atlantic at the time! The style is prime west coast 50s – with a classic cover to match – and players include Bob Gordon on baritone sax, Don Fagerquist on trumpet, Ray Sims on trombone, and Donn Trenner on piano and celeste. Titles include "New Orleans", "Flying Down To Rio", "Paris In The Spring", "Memphis In June", "Isle Of Capri", "Shuffle Off To Buffalo", "On A Slow Boat To China", and "London In July".  © 1996-2022, Dusty Groove, Inc.
(Black label pressing, with a deep groove. Glossy cover has light wear and a lightly bumped corner, but is nice overall.)