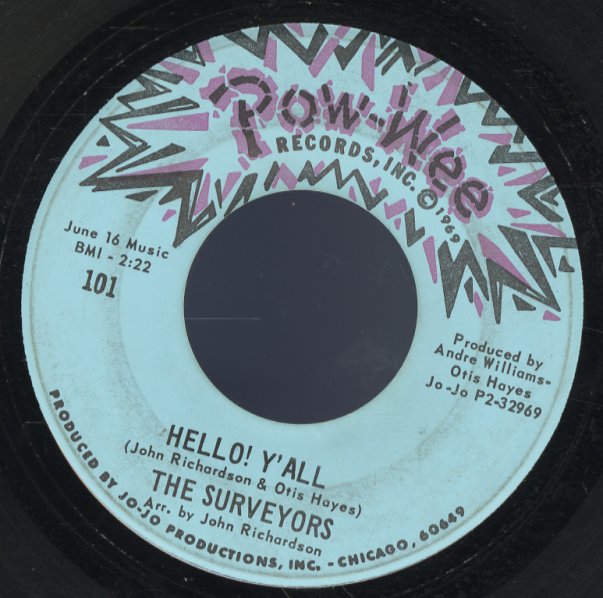 Excellent trippy instrumental! "The Thang" begins with all these echoey voices saying "the thang!" over a super-dope chugging Detroit funk groove – then rolls into a catchy midtempo groove with some fuzzed out jangly guitar! The flip's excellent too – with some funky funky flute playing, twiddling along at ear-piercing volume! Great stuff – and a rare gem produced by Andre Williams!  © 1996-2021, Dusty Groove, Inc.
(Label has light wear.)