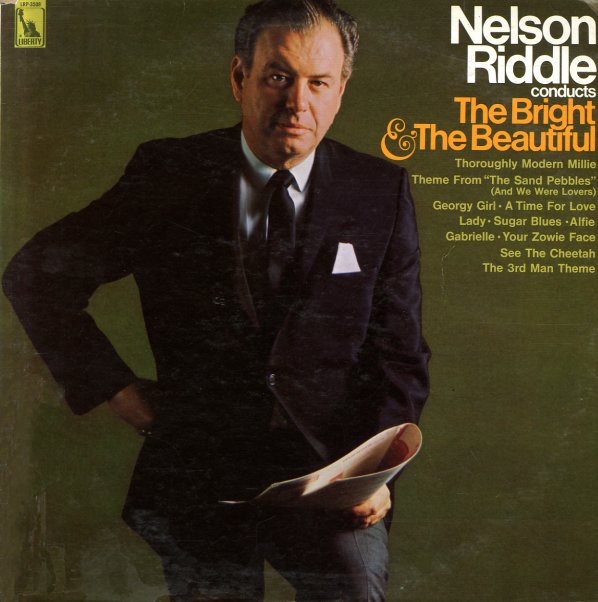 Groovy album of instrumentals, conducted by Nelson Riddle for Liberty, in a style that's a lot lighter than some of his earlier instrumental LPs for Capitol. Some of the tracks have a sound that's a bit too "old-timey", but there's lots of nice ones with the kind of banking string style he used so well on his later MPS albums. Titles include "See The Cheetah", "Your Zowie Face", "Gabrielle", and "Georgie Girl".  © 1996-2021, Dusty Groove, Inc.
(Stereo pressing. Cover has light wear.)