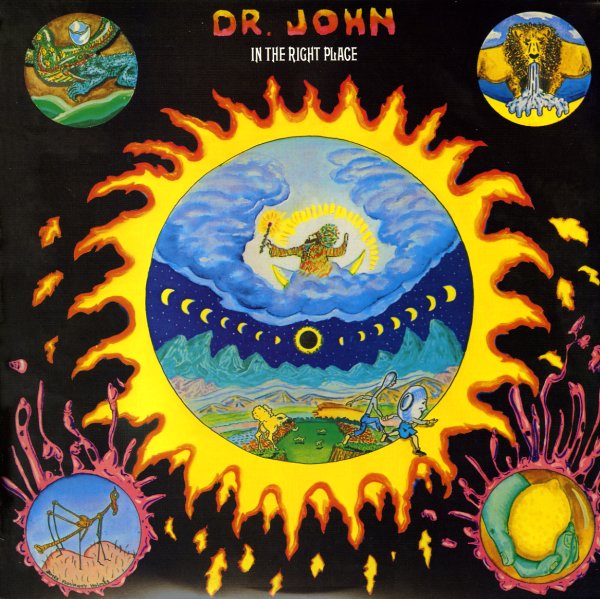 In The Right Place

One of the coolest, funkiest records we've ever heard from Dr John – thanks to lots of guest help from The Meters! The vibe here is a bit tighter than some of Mac's previous records – not as trippy as his first few for Atco – but the sound is still nice and sharp, and Allen Toussaint provides production and arrangements with a style that would be right at home on some of his work for the indie Sansu label. The title cut – "Right Place Wrong Time" – was a huge hit, but has a great funky break – and the album also features loads of other nice numbers too – including "Life", "Traveling Mood", "Same Old Same Old", "Just The Same", and "Shoo Fly Marches On".  © 1996-2022, Dusty Groove, Inc.
(Yellow label Broadway pressing with CTH suffix, in a great tri-fold cover, with some light wear.)