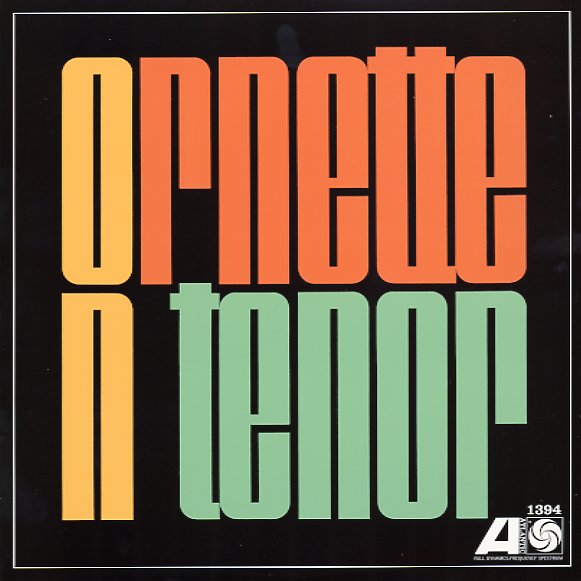 An early standout set from Ornette Coleman – and a record that features him blowing on tenor, instead of his usual alto – as you might guess from the title! In a way, Ornette's playing on tenor is almost freer than his alto work – a bit more open-ended and exploratory, stretching out strongly – yet still also hitting that great rhythmic groove that made his Atlantic albums so great – thanks to rhythm from Jimmy Garrison on bass and Ed Blackwell on drums. Don Cherry's in the group on pocket trumpet, and the tunes are as provocative as their titles – which include "Ecars", "Enfant", "Mapa", and "Cross Breeding".  © 1996-2023, Dusty Groove, Inc.
(Stereo green & blue label pressing. Cover has light wear, some sticker and scotch tape remnant, with some marker spots on the back and labels.)

Art Blakey's Jazz Messengers With Thelonious Monk
Atlantic, 1957. Near Mint-
LP...$19.99 (LP...$33.99)
Angular Monk meets hard-driving Art Blakey – in a session that's quite unique, and which has gone onto become one of the best-remembered Atlantic jazz sessions of the late 50s! The album features Blakey in that key non-Blue Note year of 1957 – a time when he was working with a variety ... LP, Vinyl record album