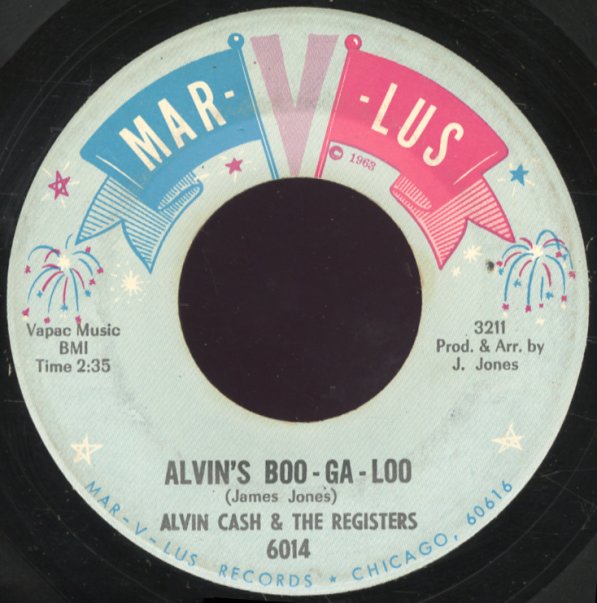 Alvin's Boo-Ga-Loo/Let's Do Some Good Timing

Both tracks are nice – and both of them are hard boogaloo cuts in the best Alvin Cash mode! "Alvin's Boogaloo" has a stop and grunt groove – kind of like "The Twine", really rolling into the beat! "Good Timing" is more of a rollicking Northern number – but has some great funky elements, including a very raw twanging guitar!  © 1996-2022, Dusty Groove, Inc.
(Plays with some crackles at the beginning of both sides, mostly on the B-side.)