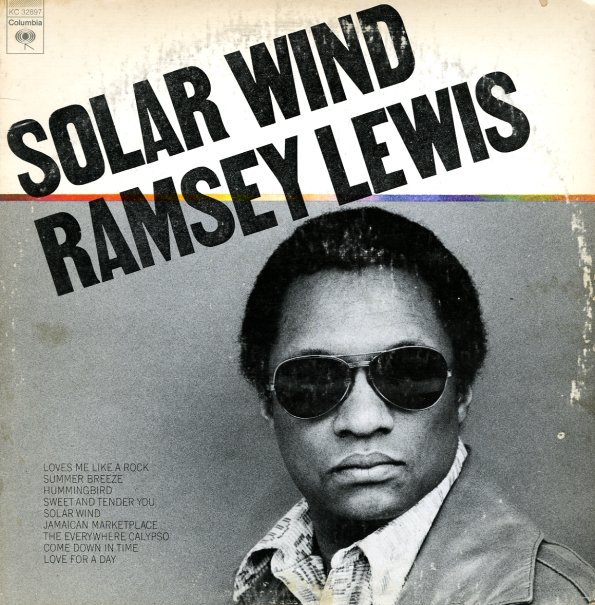 Sweet 70s grooves from Ramsey Lewis – a set cut smack dab in the middle of his glory days at Columbia Records – with great production help and work on bass from the mighty Cleveland Eaton! The style is nice and lean, with just some occasional fuller touches – and Ramsey plays plenty of Fender Rhodes, in addition to bits of Arp and moog too – in a setting that's mostly trio, with a few guest players stepping into the mix from track to track! There's a nice degree of fuzz at points, thanks to added help from Steve Cropper – and titles include a great funky version of "Summer Breeze", plus "Solar Wind", "Come Down In Time", "Love for A Day", "Hummingbird", "Jamaican Marketplace", and "Sweet & Tender You".  © 1996-2021, Dusty Groove, Inc.
(Cover has light staining on the bottom seam and some light wear.)

Funky Serenity
Columbia, 1973. Very Good+
LP...$14.99
Sweet electric funk from Ramsey Lewis! The album's one of his best from the 70s – and it's got Ramsey on Fender Rhodes, electric harpsichord, and other keyboards, grooving away in an open-ended 70s mode that still retains all the heavy soul of his classic work for Chess. Morris Jennings ... LP, Vinyl record album