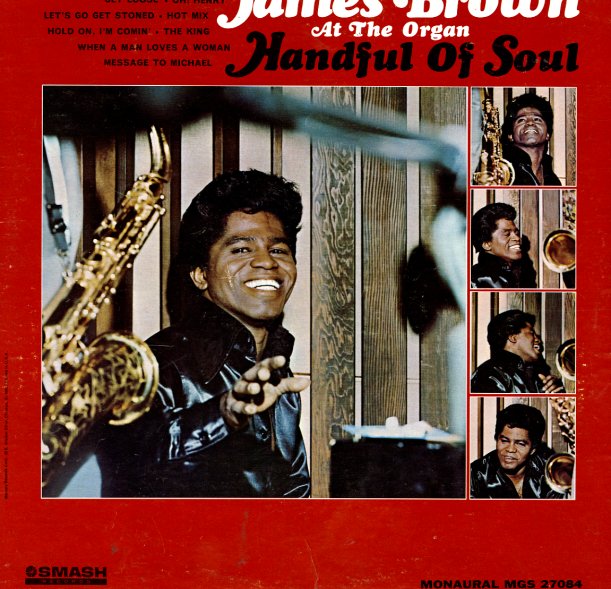 One of the best of Brother James' instrumental records for Smash, and a record that has him out front, wailing at the organ. While James has never been one of the true virtuosos of the instrument, he plays with a sense of style and adventure that make his best LPs sing with energy. This one's got a lot of nice original cuts, including "Hot Mix", "Oh! Henry", "Get Loose", and "The King". Nice grooves, and a very solid backing by Nat Jones and the James Brown Band.  © 1996-2021, Dusty Groove, Inc.
(Cover has some light wear, and a small name in pen.)

Mighty Instrumentals
King, 1966. Very Good
LP...$49.99
Mighty is right! This tasty batch of non-vocal tracks is darn hard to find, and it shows the pre-JBs James Brown group playing with a raw raw raw soul groove that show how nicely James folded his R&B roots into a 60s soul tradition. Includes lots of obscure ones – like "The ... LP, Vinyl record album