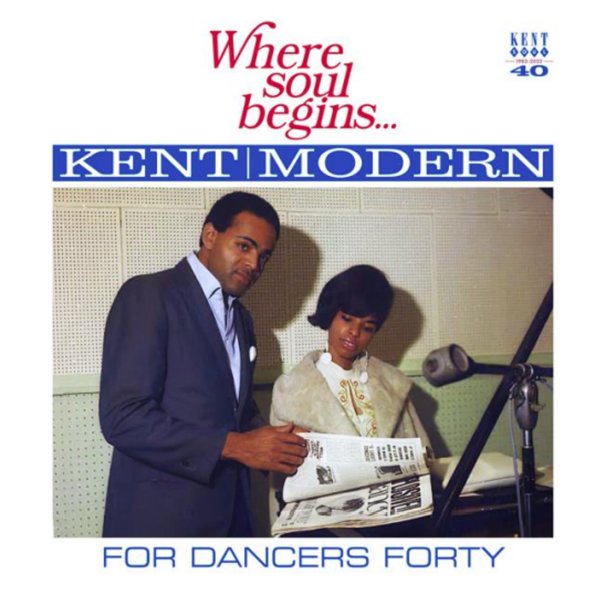 For Dancers Forty – Where Soul Begins

A whole host of rare cuts from the original Kent Records label in LA – the 60s follow-up to the famous Crown/Modern/RPM imprint of the postwar years – a set of labels that gave the world plenty of amazing R&B tracks in the 50s! Here, Kent is going more for a 60s groove overall, but with qualities that still echo the nice edge of their older material – all in a package that pays tribute to a famous collection of Kent songs done by Ace Records forty years before – the start of a long love affair that's had Ace issuing plenty of tracks that never saw the light of day back in the 50s and 60s! That's definitely the case here – as rare cuts stand next to others making their vinyl debut – and NOTE that this CD version features a different track list than the vinyl – only 3 of the 24 tracks within are included on the LP version. Titles include "You'd Be Good For Me" by Jeanette Jones, "Gonna Put It On Your Mind" by Arthur Adams, "Jealous Woman" by T Bone Walker, "You Changed Me" by Teddy Reynolds, "Wanting You" by Jimmy Bee, "Satisfied Feeling" by Mary Love, "Tramp" by Foxfire with Johnny Adams, "Freedom & Justice" by The Pace Setters, "Remove My Doubts" by Stacy Johnson, "Here Comes the Judge" by Larry & Tommy, "Push Me" by Lowell Fulson, "On My Way Back Home" by Flash Terry, "No More Tears" by The Sweethearts, "Help Me" by Beatrice Lee, and "Mr Bad Luck" by King Solomon.  © 1996-2023, Dusty Groove, Inc.
(Note that the CD and LP variants of the title have very different track listings – very few shared songs!)