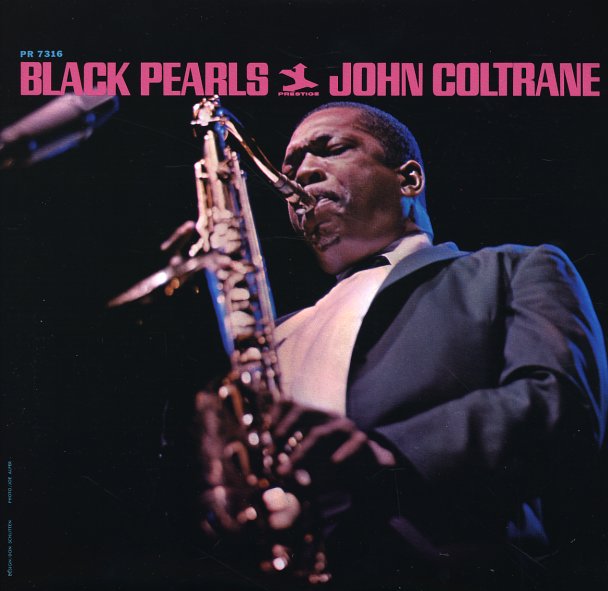 A beautiful name for a beautiful record – a classic set of hardbop material from John Coltrane's early years as a leader – and a session that has him working with Donald Byrd on trumpet, Red Garland on piano, Paul Chambers on bass, and Art Taylor on drums! The album's got a beautifully laidback feel that prefaces some of the Coltrane's more exploratory work on Impulse and Atlantic – but one that still also has the earthy, straight ahead feel of his best early years on Prestige – a great combination that makes the record a key moment in the early career of The Great One. Tracks are all quite long – not exactly blowing session tunes, but done with a feel that's more open than some of the other Coltrane albums of the time – and titles include "Black Pearls", "Lover Come Back To Me", and "Sweet Sapphire Blues".  © 1996-2022, Dusty Groove, Inc.
(Silver and black label NJ pressing, with Van Gelder stamp. Cover is great – and vinyl is nice and clean.)

Images
Prestige, 1960/1976. Near Mint- 2LP Gatefold
LP...$19.99
Oliver Nelson never gets his due, and we can never understand why, because his talents as both an arranger and soloist are extremely strong. This nice 2 LP set brings together 2 albums that are bound to make a convert out of anyone who's been passing him up so far, and it shows a young Nelson in a ... LP, Vinyl record album