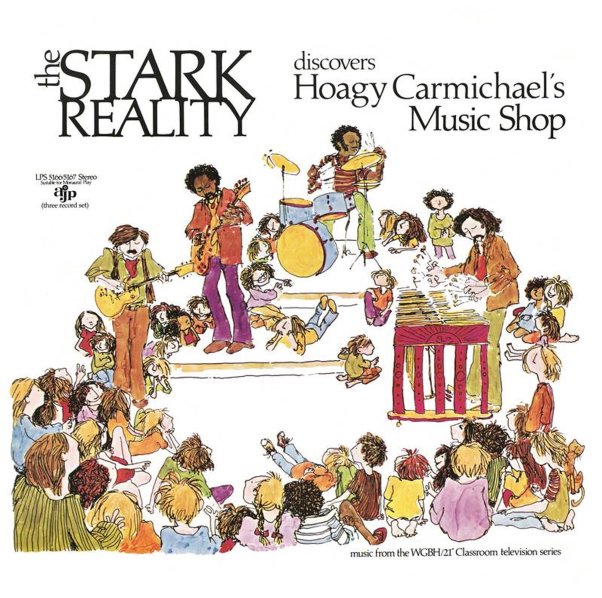 One of the most tripped-out albums of funk you'll ever buy – a rare treasure with a very unusual history! The Stark Reality were a cool little combo formed to work on public television in Boston in the late 60s – and the combo featured some heavy guitars, fuzzed-up vibes, and some monster percussion laid out in tight bass and drum rhythms that were years ahead of their time! The group recorded one rare album – ostensibly a children's record, but based around old compositions by Hoagy Carmichael, completely pulled apart, sliced up, overly harmonized, and spat out into wild funky tunes that bear no resemblance to their originals! John Abercrombie handles the guitar, Monty Stark delivers the vibes and vocals – and titles include "Rocket Ship", "Shooting Star", "Bustin Out Of Doors", "Comrades", "Swing High", "Cooking", "Grandfather Clock", "The Old Prospector", "The Whale", "Junkman's Song", and "Merry Go Round".  © 1996-2023, Dusty Groove, Inc.
(Includes booklet with rare photos, liner notes and more!)