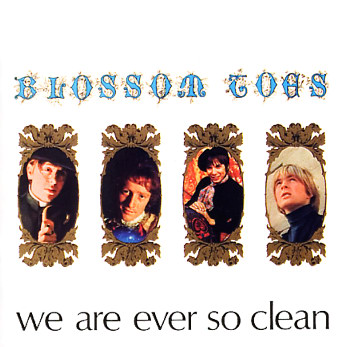 We Are Ever So Clean (180 gram pressing)

One of the key records that helped the British scene leap forward in the mid 60s – even if the group never fully got their due at the tome! This set by Blossom Toes has gone on to become the stuff of legend – a record that fully embraced, the headiest psych modes of the period, but also delivered things with a unique vibe and quality level that really sets the record apart – putting it an elite space that would include debut albums from Pink Floyd and Tomorrow! The group are led by the incredible Brian Godding – a hell of a singer, and one whose voice is perfectly tuned to the offbeat production that really makes the whole thing sparkle – as does the fantastic work on guitar. There's some larger arrangements on the set at time, but they only seem to augment the genius at the core – on titles that include "Look At Me I'm You", "The Remarkable Saga Of The Frozen Dog", "People Of The Royal Parks", "What On Earth", "The Intrepid Balloonists Handbook Vol 1", "You", and "Mrs Murphy's Budgerigar".  © 1996-2022, Dusty Groove, Inc.