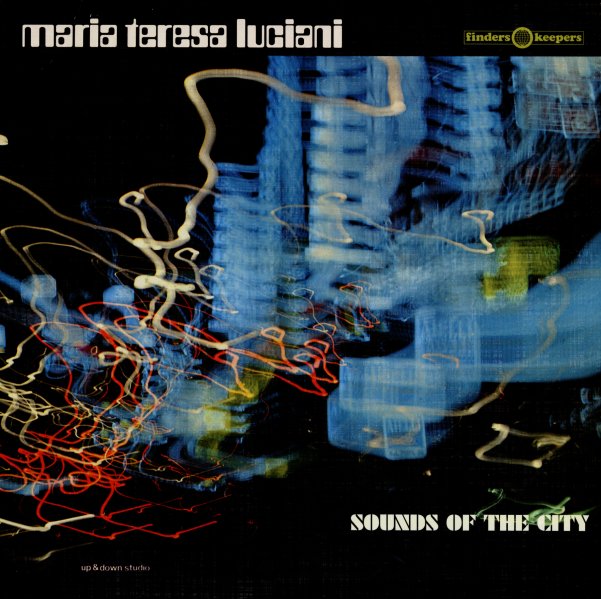 Also available
Maria Teresa Luciani — Sounds Of The City (Suoni Di Una Citta) ... LP 20.99
An amazing sonic portrait of the modern city – one created on the early 70s Italian scene, but lost to the shifting sands of time, due to its release as a sound library-only album! We've heard Maria Teresa Luciani on a few other records of this nature – but this one may well be her greatest – music that's beyond categorization in the way it presents its subject – not really jazz or soundtrack styles at all, but also not some sort of too-modern compositional idiom either. Instead, the whole thing seems to make some sort of honest, organic sense – as it presents differing aspects of the city, both residential and commercial, public and private – often with a sense of darkness in the immediate approach, but also with a current of hope at times too. Titles include "Public Gardens", "Modern Residential Complex", "Supermarket", "Poor Neighborhoods", "Power Station", "Traffic", and "International Airport".  © 1996-2023, Dusty Groove, Inc.

Percussion Spectrum – Themes
Themes (UK), 1979. Sealed
LP...$19.99
A sound library set that definitely lives up to its title – as the whole thing features nothing but drums and percussion, running through a very wide spectrum of sounds throughout! Barry Morgan and Ray Cooper handle the instruments – and come together with a sense of variety that's ... LP, Vinyl record album

Transvitaexpress (smoke colored vinyl pressing)
Soave (Italy), 1974. Sealed
LP...$14.99 18.99
A really wild bit of sound library work from this Italian duo – a set that almost feels more like an experimental radio art piece than the usual sorts of records from the scene – given the advanced use of electronics, and the mixture of spoken parts with very offbeat sounds! Most of ... LP, Vinyl record album

Percussion! – Concerto For Percussion & Small Orchestra/Toccata For Percussion/Music For Sring Instruments, Percussion & Celesta – Slatkin
Capitol, Late 50s. Very Good+
LP...$2.99
(Mono green and gold label pressing. Cover has some wear and aging, some gloss separation along the opening, and a bit of marker in back.) LP, Vinyl record album