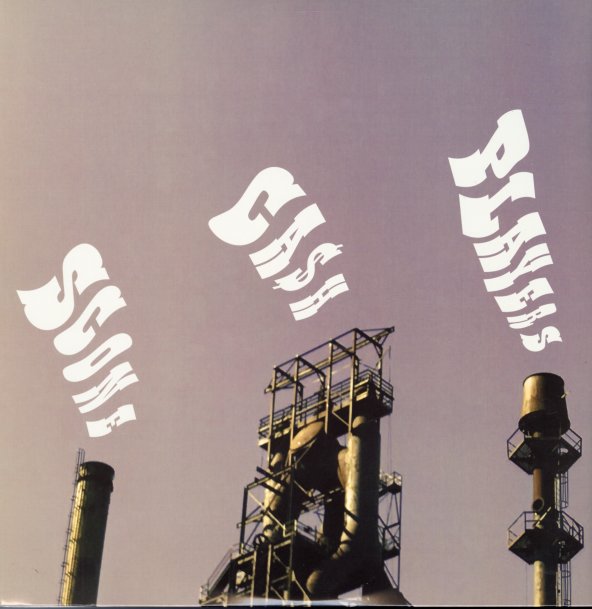 Hammond-heavy funk from Scone City Players – a group led by organist Adam Scone, and featuring work from The Dap-Kings and Menahan Street Band – all of whom do a fantastic job of giving the organ lines some really massive support! There's a raw vibe here that takes us back to some of the earliest work on the Desco label – great production that leaves plenty of grit in the grooves, at a level that makes the organ sound wonderful – never too clean, and set up perfectly for the breaking drums in the rhythms, which also get some great conga support for an added kick! The whole thing's great – mean, gritty instrumentals that bridge the gap between Hammond jazz of the 60s and instrumental funk – with titles that include "1% Crown", "Bliss Machine", "The Slitter", "Heavy Gauge", "Necking", "Blast Furnace", "Jet Cool", "Grinding Wheel", and "Structural Failure".  © 1996-2023, Dusty Groove, Inc.
(Indie exclusive "Flamingo Pink" vinyl pressing!)

Bread & Butter (brown vinyl pressing)
Colemine, 2010. New Copy (reissue)
LP...$21.99 24.99
An organ-heavy, back to basics set from the Jive Turkeys – a funk combo who take things back to the lean styles of the moment when 60s jazz groups were just starting to get funky! There's plenty of Hammond in the lead, next to bass, drums, and guitar – a lineup that might recall the ... LP, Vinyl record album

New Kind Of Love (transparent red vinyl pressing)
Karma Chief/Colemine, 2022. New Copy Gatefold
LP...$21.99 24.99 (CD...$11.99)
A new kind of love, and a new kind of groove from Ghost Funk Orchestra – one that's deeper than ever before, even though the group is really just the efforts of producer/instrumentalist Seth Applebaum! Yet this time around, he's also got some great female vocals at a few points – ... LP, Vinyl record album

Live At KEXP (with bonus download)
Colemine, 2018. New Copy Gatefold
LP...$22.99 27.98
A great combo, in a really great setting – the trio of organist Delvon Lamarr, captured in a sweet live radio performance! The tunes are long and open – very much in the group's killer blend of soul jazz and deep funk – with plenty of room for Delvon to soar out on the keys of ... LP, Vinyl record album

Cold As Weiss (red vinyl pressing)
Colemine, 2022. New Copy Gatefold
LP...$21.99 24.99 (LP...$21.99)
A really great set from one of our favorite groups on the Colemine label – just a trio, but a group who manage to deliver with the same raw funky power as a much larger group! Delvon Lamarr handles the Hammond in the group – and he's a wizard on the keys, able to move between rhythmic ... LP, Vinyl record album