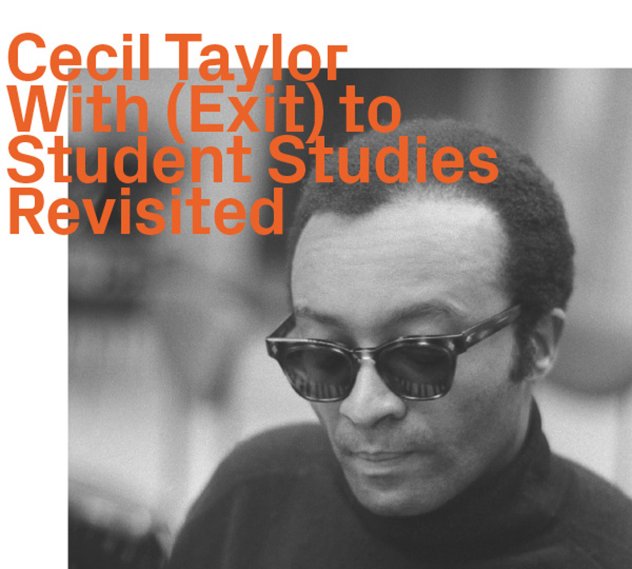 With Exit To Student Studies – Revisited

An unusual collection of work from Cecil Taylor – a set that mixes together two different key strands of sound from the mid 60s! The first selection on the album is "With (Exit)" – a 19 minute long track taken from the Conquistador sessions – which formed one of Cecil Taylor's most striking albums of the 60s, and one of the few in which he works with a larger than usual group – not a trio or quartet, but an ultra-hip sextet! The lineup is incredible – the cream of the arch-modern players of the avant era, including Bill Dixon on trumpet, Jimmy Lyons on alto, Andrew Cyrille on drums, and both Henry Grimes and Alan Silva on bass – a double-use of the instrument that's really tremendous. Cecil himself plays with a firey style that's got the best energy of some of his earlier European recordings, but a tighter approach that's even more compelling. Student Studies is next – quite a great little session from Cecil Taylor – recorded in Paris in 1966 by BYG, and one of his most adventurous of the 60s! The group on the set is a quartet – with Cecil on piano, Jimmy Lyons on alto, Alan Silva on bass, and Andrew Cyrille on drums – all working in a style that's even freer than some of Cecil's other European recordings of the decade. Titles include the two-part "Student Studies" – plus "Niggle Feuigle" and "Amplitude".  © 1996-2023, Dusty Groove, Inc.