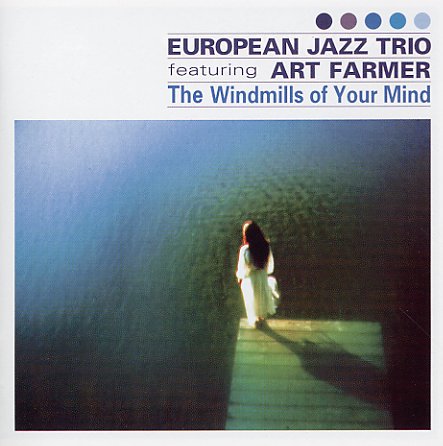 Really lovely work from the European Jazz Trio – a 1997 session recorded for the Japanese market, with some stunning guest work by Art Farmer on flugelhorn! The core trio features Marc Van Roon on piano, Frans Van Der Hoeven on bass, and Roy Dackus on drums, playing with the warm and lush feel of other of their sessions from the time – but it's Farmer's work on the record that really makes it shine – bringing a gliding soulfulness to the best tracks on the set. Titles include "Windmills Of Your Mind", "Nocturne #2", "Night Has A Thousand Eyes", "Snow Angels", and "A Minor Vamp".  © 1996-2023, Dusty Groove, Inc.