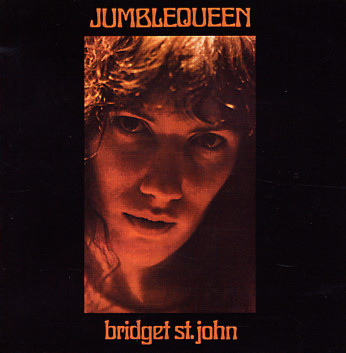 Post-Dandelion work by British singer Bridget St John – an album that's a bit more straightforward than some of her earlier work, but still pretty darn great! Bridget still sings and plays guitar in a relatively folksy way – but there's a tighter focus here than before – a sense of song structure that's really wonderful, and which is delivered with these incredibly haunting vocals that almost remind us of Nico on her first album for Verve – only a bit better! Other instrumentation is often spare – but includes just the right amount of cello, organ, viola, and other lightly-used instruments to flesh out the tunes with sad colors and nicely blue shades. Titles include "Sparrowpit", "Song For The Waterden Widow", "Curious & Woolly", "Want To Be With You", "Last Goodnight", "Long Long Time", and "Sweet Painted Lady".  © 1996-2022, Dusty Groove, Inc.