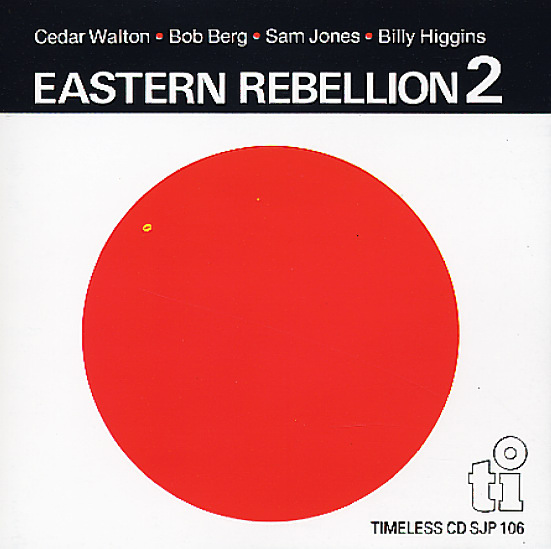 The second trip into the studio for Cedar Walton's mighty Eastern Rebellion ensemble – and every bit as great as the first! This time around, the lineup's a bit different – with Bob Berg in on tenor, and Curtis Fuller expanding the group on trombone – but the groove is still the same – wonderfully in the pocket soul jazz, swinging with a gentle and fluid glide that's really tremendous. The work ranks up there with the best of Walton's recordings ever – and the tunes are all originals with a rich imagination for tone, soul, and color – and plenty of space for strong solo work. Titles include "The Maestro", "Sunday Suite", "Ojos De Rojo", "Fantasy In D", and "Clockwise".  © 1996-2022, Dusty Groove, Inc.

Temptation
Timeless/Ultra Vybe (Japan), 1987. New Copy
CD...$16.99 19.99 (CD...$9.99)
A very hip group, and a wonderful meeting between trumpeter Freddie Hubbard and pianist Kirk Lightsey! We always like Kirk, but love him even more when he's working with a horn player – as his sound seems to catch fire, and move with even bolder notes than usual – which is definitely ... CD

Beyond The Blue Bird – Another
Timeless/Ultra Vybe (Japan), 1990. New Copy
CD...$16.99 19.99 (CD...$11.99)
Really special magic from pianist Tommy Flanagan – exactly the of record that shows why his approach to the piano can be so great – this wonderful balance of fuller rhythms and lighter lyrical moments – given some equal spin here by guitarist Kenny Burrell, whose work in the ... CD