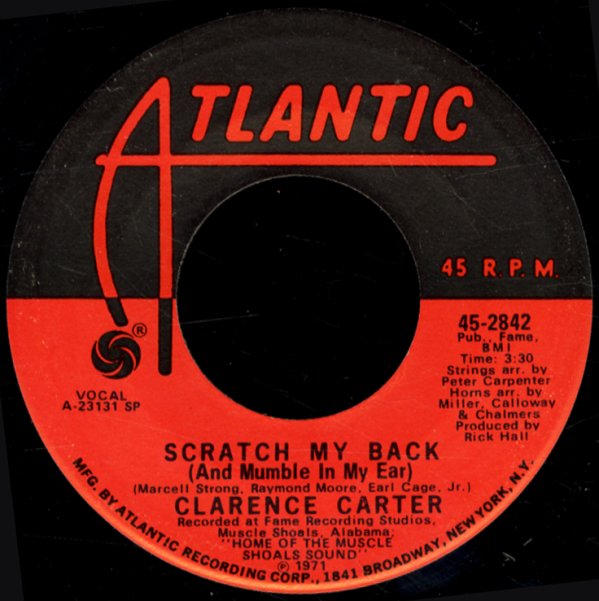 Scratch My Back (And Mumble In My Ear)/I'm The One

Write To Me/Your Old Lady
Atlantic, Early 60s. Near Mint-
7-inch...$29.99
Rare work by The Isleys – one of their few singles for Atlantic! "Write To Me" is an incredible ballad cut – with vocals that are completely sublime, and a lot like The Drifters at their best, handled here in a perfect uptown soul mode, and with some wild falsetto touches! ... 7-inch, Vinyl record

It's A Funny Situation/There Ain't Nothin' I Wouldn't Do For You
Cameo, Late 60s. Near Mint-
7-inch...$24.99
Nice one from Dee Dee's early years! "Funny Situation" has the kind of gospel-inflected soul sound that she's always been great at – but we really like "Ain't Nothin", which has a good sing-songy groove, and some good uptown production. The cut's also written by future ... 7-inch, Vinyl record