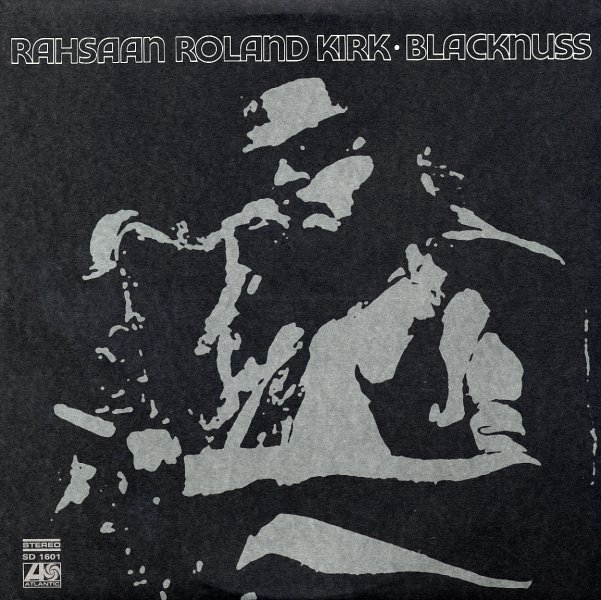 One of the best-remembered albums from the Atlantic Records run of the legendary Rahsaan Roland Kirk – a set that stands as Kirk's answer to all the hipper soul currents that were taking place at the time – including some that were being issued by singers on Atlantic Records! The album is mostly instrumental, but Roland has this way of singing through his reeds at times, especially his flute – really bringing an earthy sense of personality to the whole thing – as he mixes his acoustic lines on flute, tenor, and other reeds with work from Richard Tee on electric piano, Mickey Tucker on organ, Billy Butler on guitar, and Dick Griffin on trumpet. There's a few vocal spots from other singers – Cissy Houston sings on two great cuts – and titles include remakes of "Never Can Say Goodbye", "What's Going On", "Mercy Mercy Me", "My Girl", and "Ain't No Sunshine" – plus some other nice originals by Roland, including Blacknuss", "Which Way Is It Going", and "One Nation".  © 1996-2022, Dusty Groove, Inc.

Shape Of Jazz To Come (180 gram pressing)
Atlantic/Speakers Corner (UK), 1959. New Copy (reissue)
LP...$39.99 44.99
An album that certainly lives up to the promise of its title – as it's filled with amazing instrumentation, groundbreaking compositions, and a sound in jazz that few ears could imagine at the time! The groove here is extremely modal – all instruments rolling along on the same rhythmic ... LP, Vinyl record album