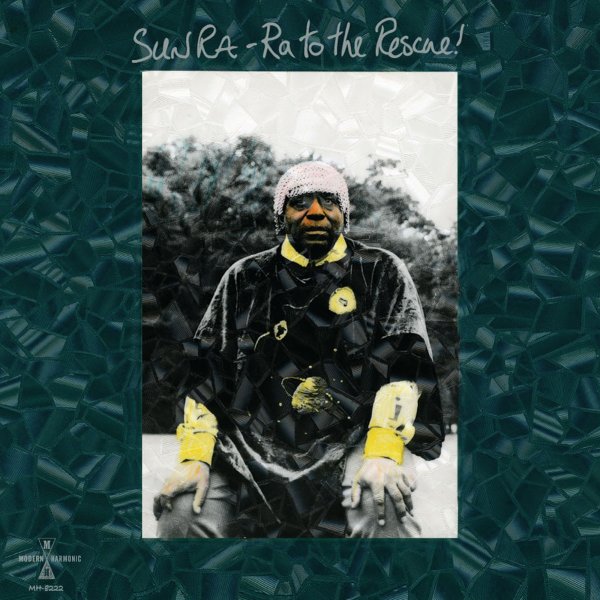 Ra To The Rescue

Also available
Sun Ra — Ra To The Rescue (green vinyl pressing) ... LP 23.99
One of the most mysterious, elusive Sun Ra albums in the legendary Saturn Records catalog – a set that was only ever pressed in small quantities back in the 80s, and often with different tracks for different pressings too! The material here is from a range of different performances, and really showcase the continued sense of majesty the Arkestra carried forth from the 70s, even when they were working farther from the limelight – often with the lovely June Tyson in the lead on vocals, and a bit of vocalizations from Ra as well – and different lineups depending on the tracks – but with mindblowing material from John Gilmore on tenor and Marshall Allen on alto throughout the recordings. Ra plays a bit of electronics, but most of the sounds here are acoustic – although still as other-worldly as ever – and this package finally brings together all the tracks that have appeared on variations – with one unissued number too. Titles include "When Spaceships Appear/Ra To The Rescue Ch 1", "Back Alley Blues", "Drummerlistics", "Children Of The Sun", "Mystery Mr Ra", "Space Shuttle/Ra To The Rescue Ch 2", and "Cosmo Party Blues".  © 1996-2023, Dusty Groove, Inc.

Cymbals/Symbols Sessions – New York City 1973
Modern Harmonic, 1973. New Copy 2 CDs
CD...$24.99 25.99
A lost slice of work from Sun Ra's early 70s years on Impulse Records – one of the few new recordings created for his association with that label (most of the titles were reissues of earlier Saturn albums) – but one that was never issued at the time! Cymbals saw some release later, ... CD