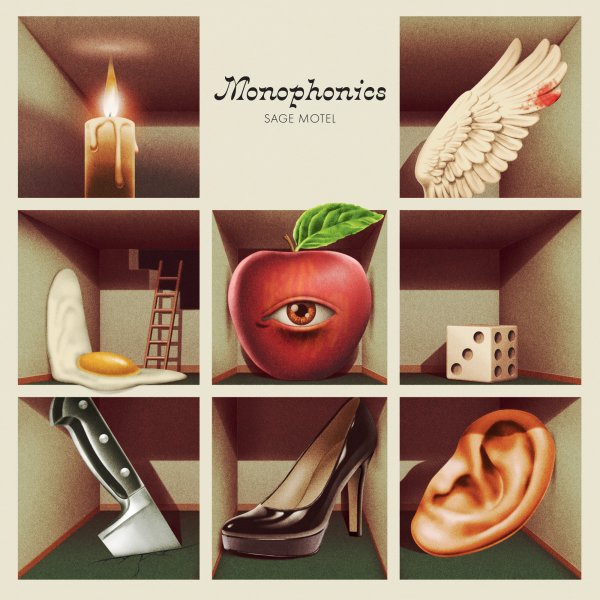 Also available
Monophonics — Sage Motel ... CD 11.99
Slow funk and soul, with plenty of psychedelic touches – all delivered in the best mode we've come to expect from the Monophonics over the years! The group's always off in their own space in a really great way – creating a sonic environment that easily shifts between past, present, and future – often thanks to a range of keyboard work from vocalist Kelly Finnigan – who plays Fender Rhodes, Hammond, Farfisa, Mellotron, Moog, and other keyboards too! Finnigan's vocals are often processed in a great way – sounding different than albums under his own name – and given these great funky drums from Austin Bohlman, whose rock-solid rhythms really keep things moving forward. There's lots of other great touches too – subtle use of horns and strings amidst the swirling sound – on titles that include "The Shape Of My Teardrops", "Let That Sink In", "Check In", "Never Stop Saying These Words", "Crash & Burn", "Warpaint", and "Love You Better".  © 1996-2022, Dusty Groove, Inc.
(Limited edition transparent orange with black swirl vinyl pressing!)