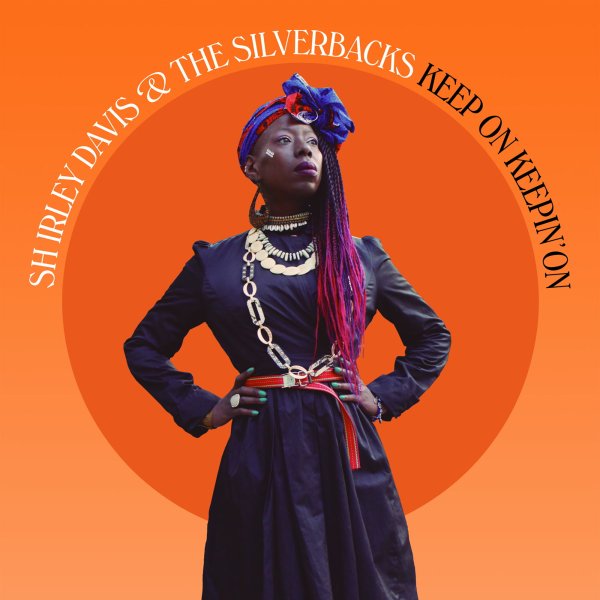 Keep On Keepin On

Damn great work from soul singer Shirley Davis – an artist who first started out as a singer with a funk combo, as she is here – but one who's really evolved to the point where she's a richly talented singer who can more than stand in the spotlight on her own! Davis isn't one of these vocalists who go for easy retro modes, or themes that are rehashed from older records – and instead, she's really bringing a lot of her own personality to the music – proud, righteous, and with enough boldness to take us back to singers like Lyn Collins or Marva Whitney, but without ever making us think that Shirley's trying to cop their game either. Titles include "Culture Or Vulture", "Outdoor", "Stay Firm", "True People", "It's All Right", "Keep On Keepin On", "Wild Girl", "So Much To Me", "Take Out The Trash", and "Love Insane".  © 1996-2022, Dusty Groove, Inc.

Give Me Hope
Lovemonk (Spain), 2022. New Copy
CD...$16.99 19.99 (LP...$22.99)
A really strong record from JP Bimeni – a soul singer with a style that's all his own, yet one that's also set up here in some nicely classic backings! Bimeni has unusual vocal phrasing that may well come from his Burundian roots, but he also manages to put across a tune with a vibe that ... CD

Boleros Psicodelicos
ATO, 2022. New Copy
CD...$11.99 12.99
Adrian Quesada has really risen to fame in the Black Pumas – but over the past few decades, he's given us a huge range of creative projects in a variety of different styles – a legacy that's definitely continued by this set! The sound is very much what you'd expect from the title ... CD