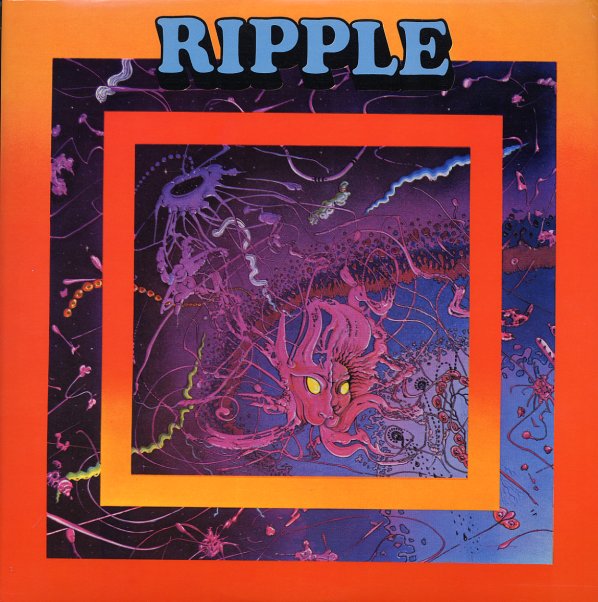 One of those funk classics that was a funk classic even back in the days when nobody was talking about funk classics! Ripple were an obscure little group of southern players, and although they later went onto cut a disco record for Salsoul, this first album is still their most enduring legacy. The record combines a sound that's a bit Meters, a bit Average White Band – with plenty of funky guitars, choppy riffs, and kind of a white boy soul vocal sound. Includes some stone classics – like "A Funky Song" and "I Don't Know What It Is, But It Sure Is Funky" – both of which were sampled more than a few times over the years – plus "Get Off", "Ripplin", "Willie Pass The Water", and "Dance Lady Dance". CD features an insane number of bonus tracks – 12 more titles that include "Hell Of A Man", "Pride In Your Stride", "This Ain't No Time To Be Giving Up", "Hey Lady", "Get Ready For A Biggie", "Maybe It's You", "Break Song", and "I Can't See You Loving Nobody Else But Me".  © 1996-2022, Dusty Groove, Inc.

Shine (with bonus tracks)
Arista/Ultra Vybe (Japan), 1980. New Copy
CD...$12.99 14.99
Great later grooves from Average White Band – a real gem from the point when the group was settling nicely into a mellow soul vein! By this point, the combo wisely realized that they couldn't keep things going forever as a funky group – so they laid back and fell into their second ... CD

Love For Love (with bonus tracks)
Solar/Ultra Vybe (Japan), 1983. New Copy
CD...$12.99 14.99
Love for Love, but still a pretty groove-heavy set too – one that continues the mix of "dancin and romancin" The Whispers served up on their previous album! Side one is heavy on "dancin" – and features some bass-heavy tunes that are very much in the best mainstream ... CD

Trama
Cat/Ultra Vybe (Japan), 1977. New Copy
CD...$12.99 14.99
One of the funkiest albums on the legendary TK Records label – and that's saying a lot, given the strength of the imprint back in the 70s! This sole album by Trama is a stone cooker all the way through – done up in a heavy ensemble funk mode of the time, with some extra sharp bits ... CD