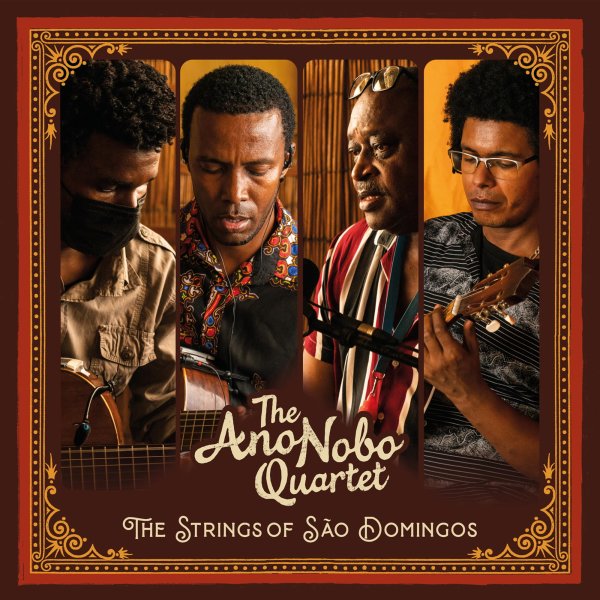 Also available
Ano Nobo Quartet — Strings Of Sao Domingos ... CD 16.99
Beautiful sounds from Cabo Verde – served up by a group named after a famous composer on the island, and featuring three of his children working under the leadership of older guitarist/singer Pascoal, who'd studied with Ano Nobo before he passed away! The style of the music is wonderful – a woven tapestry of acoustic guitar lines with vocals, in a mode that has echoes of older Cuban music, but a style that's very much its own – recorded beautifully by the Ostinato label, an imprint we've really come to trust for faithful presentation of material like this. The package features very detailed notes on both Pascoal and the history of the music – and titles include "Mulatinha Vai", "Tio Bernar", "Lolinha", "Sociedad Di Mocindadi", "Badia Di Fora", and "Elefantes".  © 1996-2022, Dusty Groove, Inc.
(Double LP pressed at 45 rpm.)