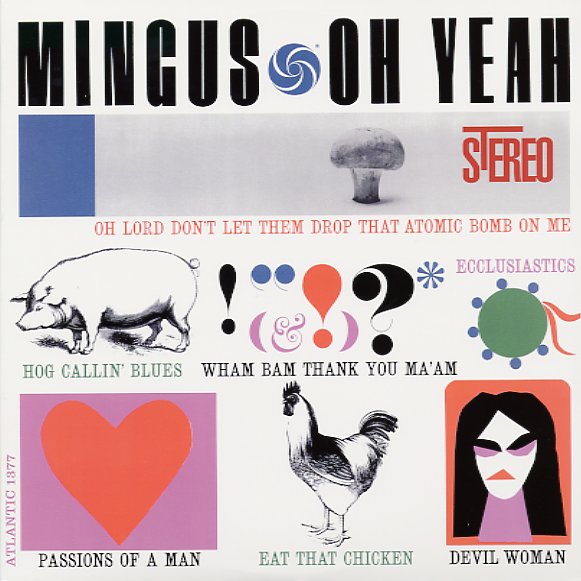 Quite a crazy little record from Charles Mingus – a record that fits nicely in his legacy of other recordings for Atlantic, but which has a very different approach! On this set, Mingus plays piano, and even sings a bit – using this messed-up take on blues roots, but filtered through a hipper modern jazz filter, and with a bit of a political bent too – almost as if he were trying to break out of the avant jazz ghetto, and reach a larger audience with his message and music! The group is an all-star lineup with Jimmy Knepper on trombone, and both Booker Ervin and Roland Kirk on reeds – the latter of whom might be a good comparison in spirit, especially for some of the genre-crossing things he did on Atlantic during the late 60s. Titles include the classic "Oh Lord Don't Let Them Drop That Atomic Bomb On Me" – plus "Wham Bam Thank You Ma'am", "Devil Woman", and "Passions Of A Man".  © 1996-2023, Dusty Groove, Inc.

Spectrum (clear vinyl pressing)
Atlantic, Mid 70s. New Copy Gatefold (reissue)
LP...$21.99 22.99
A monstrous bit of jazzy fusion from the 70s – and the record that really put drummer Billy Cobham on the map – virtually creating his own sort of space between jazz, funk, and prog – thanks to the help of an all star lineup too! Cobham is tremendous on drums – and is ... LP, Vinyl record album