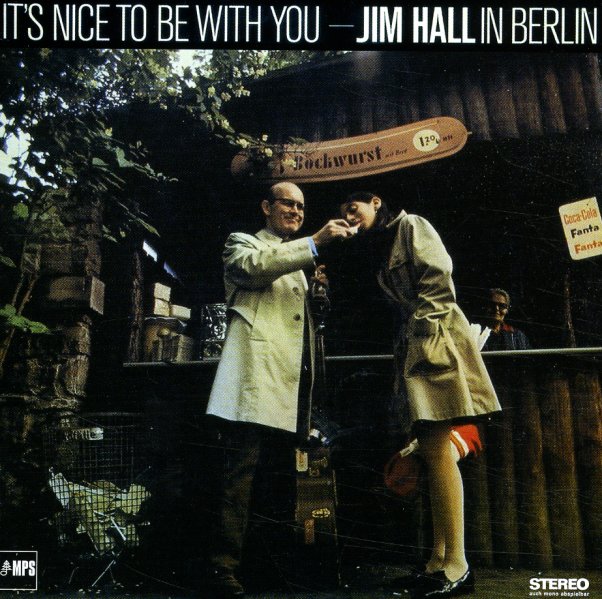 It's Nice To Be With You – Jim Hall In Berlin

A wonderful album from guitarist Jim Hall – different than some of his other work, and with a slightly harder edge! The unique session has him playing in an MPS 60s mode – more straight-on than some of his more airy moments – with a sound and tone that still recalls his work with Paul Desmond or Art Farmer, but a more direct approach, and an occasional groove as well! The trio's as unique as the record – the great Jimmy Woode on bass and drums from Daniel Humair – and titles include "Blue Joe", "Romaine", "Young One For Debra", "Body & Soul", and a great version of "Up Up & Away", which soars to the sky in a way you'd never expect from Jim!  © 1996-2022, Dusty Groove, Inc.

Art Blakey's Jazz Messengers With Thelonious Monk (2CD edition – with bonus tracks)
Atlantic/Rhino, 1957. New Copy 2CD
CD...$24.99 (CD...$4.99)
Angular Monk meets hard-driving Art Blakey – in a session that's quite unique, and which has gone onto become one of the best-remembered Atlantic jazz sessions of the late 50s! The album features Blakey in that key non-Blue Note year of 1957 – a time when he was working with a variety ... CD