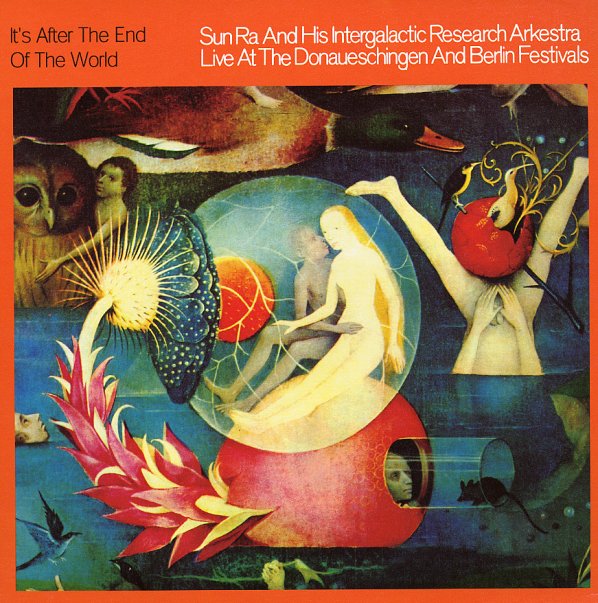 One of the key non-Saturn Sun Ra albums of the 70s – and like his records for Blue Thumb and Impulse, a set that really helped awaken the world to his talents! This album may well be one of the most bracing of the bunch – as it features live material recorded by Ra and the Arkestra at two different German jazz festivals in 1970 – performances that really have the group at the height of their righteous power, stretching out with a sound that's even more avant than just a few years before! The reed solos are all quite strong – and include work by Pat Patrick, John Gilmore, Danny Davis, Danny Thompson, and Marshall Allen – plus some other oboe, bass clarinet, and bassoon players too – and the lovely June Tyson provides some righteous words in a few spots, while Ra plays a range of keyboards – from clavinet, to farfisa, Hohner electra, mini-moog, Spacemaster, and rocksichord! Titles include "Black Forest Myth", "Strange Dreams – Strange World – Black Myth", and "Myth Versus Reality (The Myth Science Approach)".  © 1996-2022, Dusty Groove, Inc.