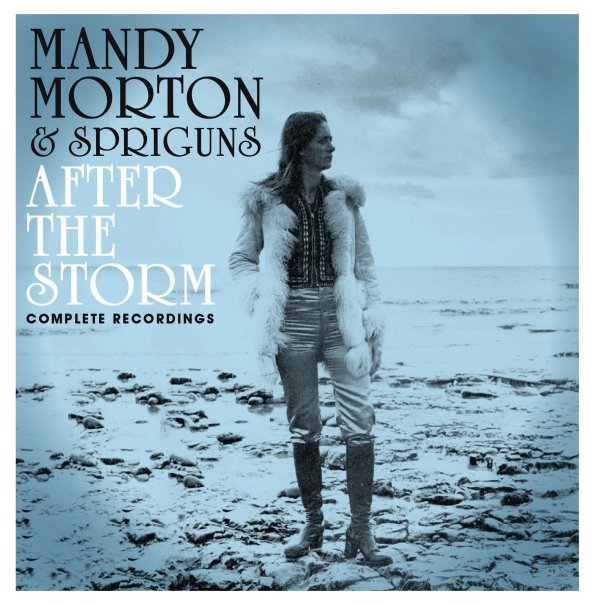 After The Storm – The Complete Recordings (6CD/DVD set)

A huge run of music from the legendary Spriguns – a UK group from the glory days of the acid years, and one who've got a sound that's as ancient and enigmatic as their name! In all their incarnations, The Spriguns were blessed with sublime lead vocals from singer Mandy Morton – a female vocalist with a quality that links the group's acoustic style to work of the time by Fairport Convention or Pentangle, but one who's also got a very unique personality of her own – and a strength that really holds the band to its core even as the years move on! Morton supervised the set herself – and the collection begins with the two spooky Decca albums the group cut as The Spriguns Of Tolgus, then moves onto the Deram albums cut as The Spriguns, and also includes solo material by Morton, and unreleased tracks too. Nearly everything's been remastered here – and the package features the full records Jack With A Feather, Rowdy Dowdy Day, Revel Weird & Wild, Time Will Pass, Magic Lady, Sea Of Storms, and Valley Of Light – plus bonus tracks added to a number of the albums, and a DVD of a 1979 performance by the Mandy Morton band in Cambridge! 82 tracks in all – plus the DVD.  © 1996-2022, Dusty Groove, Inc.