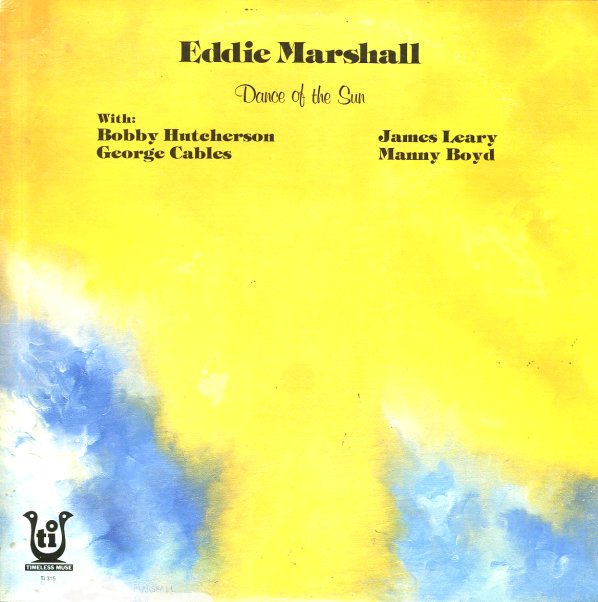 Drummer Eddie Marshall never cut many albums as a leader, but we'll always love him for this one – a sublime San Francisco 70s session that features tremendous vibes from the great Bobby Hutcherson! But actually, the whole group's great – and also includes George Cables on piano, James Leary on bass, and Manny Boyd on tenor and soprano sax – who works alongside Hutcherson's vibes with some of the same soulful currents as Harold Land from earlier years! The tunes are well-paced – mostly by Marshall, with a slight undercurrent of spirituality – and a lyrical beauty that almost has Bobby in "Little B's Poem" territory at times. Titles include "The Stroll", "The High Priestess Of Gone", "Andree", and "But I Refuse To Come Down".  © 1996-2023, Dusty Groove, Inc.
(Individually numbered limited edition of 1000. On heavyweight gold vinyl.)