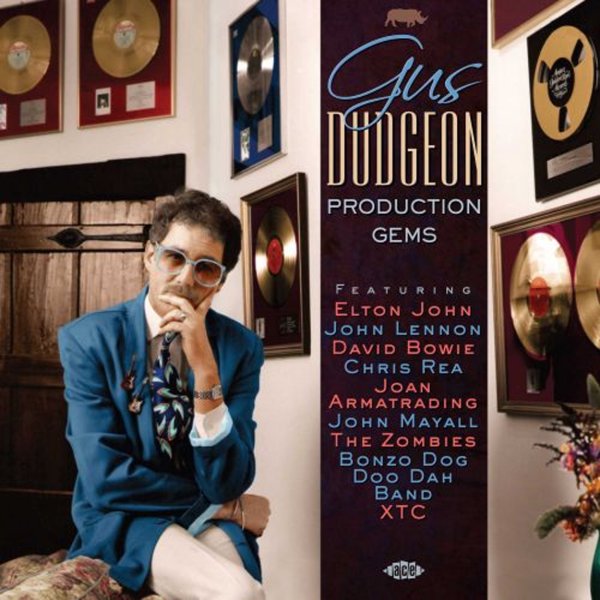 Gus Dudgeon may not be a household name in the annals of rock and roll – but he was a British studio genius whose talents touched more than a few of the more groundbreaking records of the London scene – with an especially great impact on the ever-changing sounds of the late 60s/early 70s generation! Dudgeon's story is told here in a richly detailed essay, packed with record covers and vintage images – all in support of a set list that mixes together hits and lesser-known gems, all to tell the tale of Gus' genius in the studio! Titles include "Mr Armageddon" by The Locomotive, "She's Not There" by The Zombies, "My Family" by Joan Armatrading, "Tokoloshe Man" by John Kongos, "Eye To Eye" by Audience, "Sixty Years On" by Elton John, "Boredom" by Tea & Sympathy, "Space Oddity (UK single version)" by David Bowie, "Oh How She Changed" by The Strawbs, "I'm The Urban Spaceman" by Bonzo Dog Doo Dah Band, "Whatever Gets You Through The Night" by Elton John & John Lennon, "Run For Home" by Lindisfarne, "The Disappointed" by XTC, "Halfway Hotel" by Voyager, and "Fool (single edit)" by Chris Rea.  © 1996-2022, Dusty Groove, Inc.