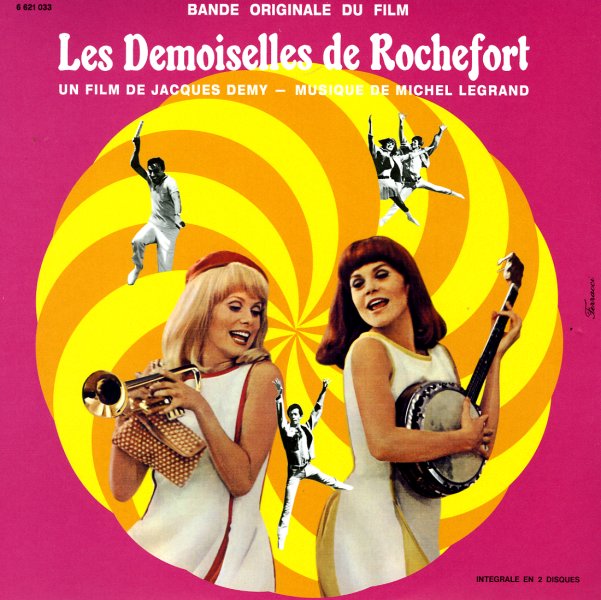 One of our favorite soundtracks ever – a jazzy swinging ode to love found and love lost – all penned by the legendary Michel Legrand! The work was composed in collaboration with director Jacques Demy for his 1966 film of the same name – and, like the previous Demy/Legrand collaboration, Umbrellas Of Cherbourg, the movie's a story in song – one that has much of the dialogue presented as sung lyrics to the tunes. The mode takes off from a Hollywood musical style, and pushes the genre into territory that's much hipper, very French, and with a soaring approach that's filled with plenty of mod 60s jazz grooves. Legrand's genius has never sparkled so brightly – and his ability to interweave different themes, stories, and grooves is simply amazing! This double-length set presents the expanded original score – with many songs that were not on the original single version of the soundtrack, plus key bits of dialogue to help transition the tunes. Titles include "Chanson Des Jumelles", "Chanson De Delphine", "Nous Voyageons De Ville En Ville", "Chanson D'Andy", "La Femme Coupee En Morceaux", and "Marins Amis Amants Ou Maris".  © 1996-2022, Dusty Groove, Inc.