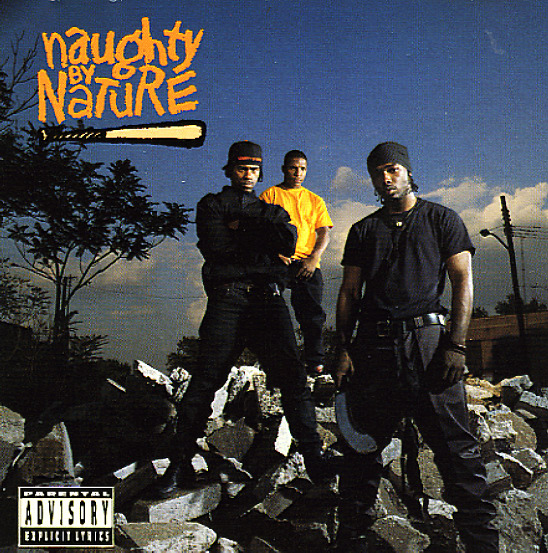 The breakthrough second album from Naughty By Nature (who recorded formerly as The New Style) – one of the key groups to emerge from the New Jersey scene at the end of the 80s, and be able to give the world of New York hip hop a run for its money! Queen Latifah championed the group right from the start, and gave them a solid footing on Tommy Boy – a perfect label for the group to balance their commercial appeal and well-penned rhymes – at a level that makes this album at least a rock-solid entry in the key canon of the true school generation! Latifah makes an appearance on the record – as do Lakim Shabazz and Apache – on cuts that include the classic "OPP", plus "Ghetto Bastard", "Guard Your Grill", "123", "Wickedest Man Alive", "Everyday All Day", "Strike A Nerve", "Let The Ho's Go", "Pin The Tail On The Donkey", "Rhyme'll Shine On", and "Thankx For Sleepwalking".  © 1996-2022, Dusty Groove, Inc.
(30th Anniversary Edition – on yellow and blue splatter vinyl!)