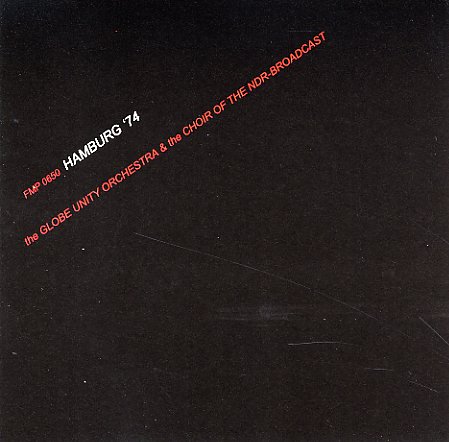 One of the most ambitious albums ever from the Globe Unity Orchestra – a set that not only features work from some of the key free jazz musicians you'd usually find on their records, but also the choir of the NDR Orchestra – who make all these amazing vocalizations next to the equally amazing sounds from the musicians! As with other outings, the group is led by pianist Alexander Von Schlippenbach – who's clearly outdone himself here, and who must have been completely worn out by the end of the performance – as he does a masterful effort directing the vocalists alongside a top-shelf lineup that includes Manfred Schoof and Kenny Wheeler on trumpets, Cunter Christmann and Paul Rutherford on trombones, Peter Brotzmann and Evan Parker on reeds, and Han Bennink and Paul Lovens on drums. The album features two extremely long tracks entitled "Hamburg 74" and "Kontraste Und Synthesen".  © 1996-2022, Dusty Groove, Inc.