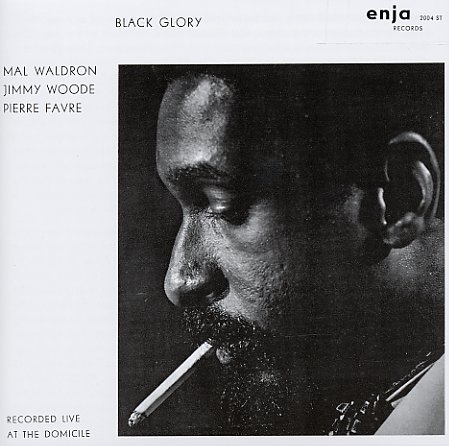 A real classic from those early 70s European years of exploration by the great pianist Mal Waldron – music that really has Mal pushing forward in ways that are completely unexpected if you only know his American records from earlier years – but maybe a bit more understandable, given the ever-growing genius he showed over the decades! The group's a trio – recorded live with Pierre Favre on drums, and the great Jimmy Woode on bass – and the combination of Favre's free modernism and Woode's soulful swing makes for a very interesting rhythm section – and Waldron, as he often did in this sort of session, dominates the proceedings with some moody and introspective work on the piano – bridging the players with a wonderful sense of creative imagination. Titles include "The Call", "Sieg Haile", "MC", "La Gloire Du Noir", and "Rock My Soul".  © 1996-2022, Dusty Groove, Inc.
(Part of the "Enja 50th Anniversary Campaign Volume 2" series!)