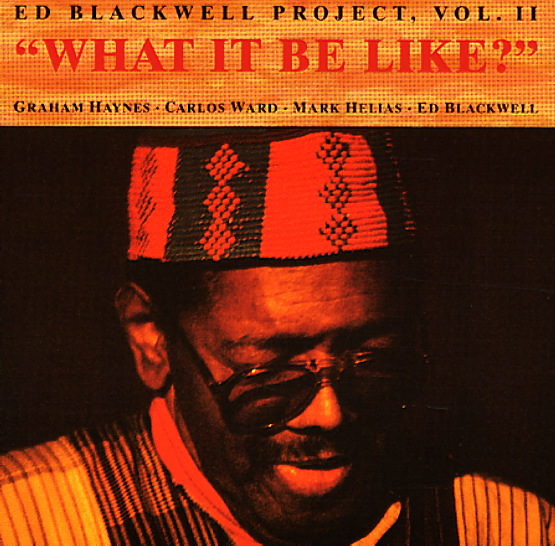 One of the last recordings made by Ed Blackwell before his early passing in 1992 – an Oakland live date recorded with an excellent lineup that includes Graham Haynes on cornet, Carlos Ward on alto and flute, Mark Helias on bass, and a bit of guest trumpet from Don Cherry! The style here is earthy and organic – never overly modern, and building in a way that echoes Blackwell's angular roots, but transforms that sound into more spiritually exploratory lines. Ward's work is especially great, and the absence of a piano means that the interplay between cornet and sax is the main driving force of most tunes. Titles include "Nebula", "Grandma's Shoes", "Pentahouse", "First Love", and the extended "Lito" suite in 3 parts.  © 1996-2022, Dusty Groove, Inc.
(Part of the "Enja 50th Anniversary Campaign Volume 2" series!)

What It Is – Ed Blackwell Project Vol 1
Enja/Ultra Vybe (Japan), 1992. New Copy
CD...$16.99
One of the last recordings made by Ed Blackwell before his early passing in 1992 – an Oakland live date recorded with an excellent lineup that includes Graham Haynes on cornet, Carlos Ward on alto and flute, and Mark Helias on bass – working without any piano, at a level that maybe ... CD