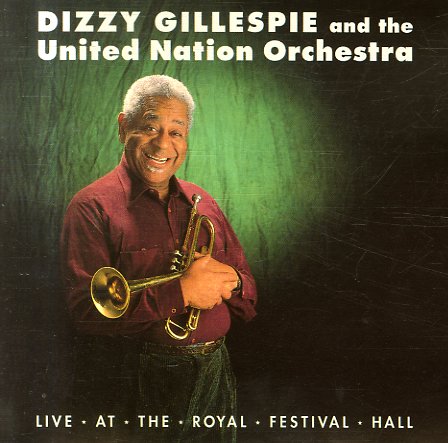 Later live work from Dizzy Gillespie – working in London here with a very hip ensemble! We're not entirely sure of the date, but given the skinny ties on a few of the players, we're guessing it's from that 80s stretch when Dizzy was still going strong – working in a great mix of Latin and bop modes that's always kept fresh through his creative energies! Slide Hampton's on trombone – and also wrote most of the arrangements – and other players include Arturo Sandoval on trumpet, Paquito D'Rivera on reeds, James Moody on sax and flute, Airto on percussion, and Danilo Perez on vocals – and Flora Purim also joins the group on vocals for a few numbers. Titles include "Kush", "Tanga", "Dizzy Shells", "Night In Tunisia", "Tin Tin Deo", "Seresta", and "Samba For Carmen".  © 1996-2022, Dusty Groove, Inc.
(Part of the "Enja 50th Anniversary Campaign Volume 2" series!)