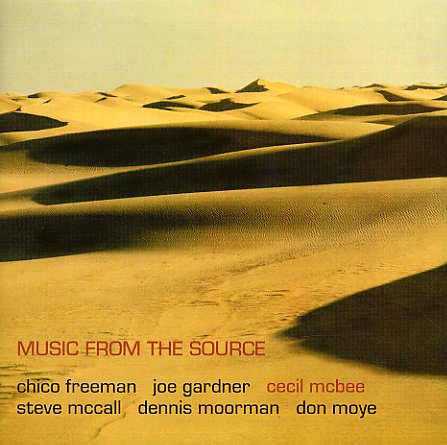 One of the few albums issued as a leader by bassist Cecil McBee – and like all of the rest, a really amazing record that showcases the visionary talent that often made McBee such a key part of other folks' groups! The tracks are long and spiritual, but with slight avant leanings – and Cecil both plucks and bows his instrument, creating a masterful leadership to a group that includes Chico Freeman on flute and tenor, Joe Gardner on trumpet, Dennis Moorman on piano, Don Moye on drums, and Steve McCall on percussion – definitely a strong AACM influence in the lineup but with some of the soulful warmth that you'd expect more from a set on India Navigation. The performance was recorded at Sweet Basil – and includes 2 long tracks – "Agnez" and "First Song In The Day" – plus the shorter "God Spirit".  © 1996-2022, Dusty Groove, Inc.
(Part of the "Enja 50th Anniversary Campaign Volume 2" series!)