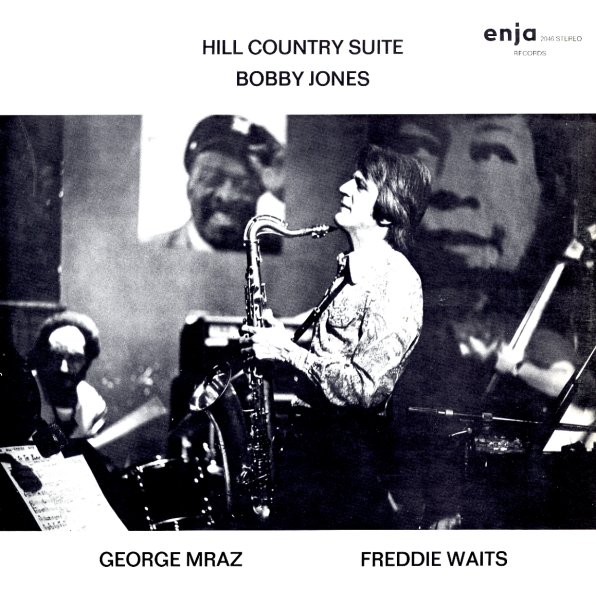 Reedman Bobby Jones is a player who hardly ever got to record as a leader – but one who always managed to really move our soul when he did! This album may well be Bobby's masterpiece – a record that features his tenor, plus a bit of clarinet, in an open trio setting with Freddie Waits on drums and George Mraz on bass – both excellent players who help things hit a soulful swing, even when the format is loose – in this beautiful balance of sharp edges and the inherently rhythmic modes of Jones' horn. Tenor dominates, and all tracks are originals – with the long "Hill Country Suite" on side one, plus "Lady Love", "Only Blue", and "Gospel Truth" on side two.  © 1996-2022, Dusty Groove, Inc.
(Part of the "Enja 50th Anniversary Campaign Volume 2" series!)

Cloud People
Timeless/Ultra Vybe (Japan), 1983. New Copy
CD...$16.99
Fantastic work from a group led by two giants of the Dutch jazz scene – both musicians who never got as much exposure on our side of the Atlantic, but who could really make magic on a record like this! The group is co-led by pianist Rein De Graaf and tenorist Dick Vennick – and there's ... CD