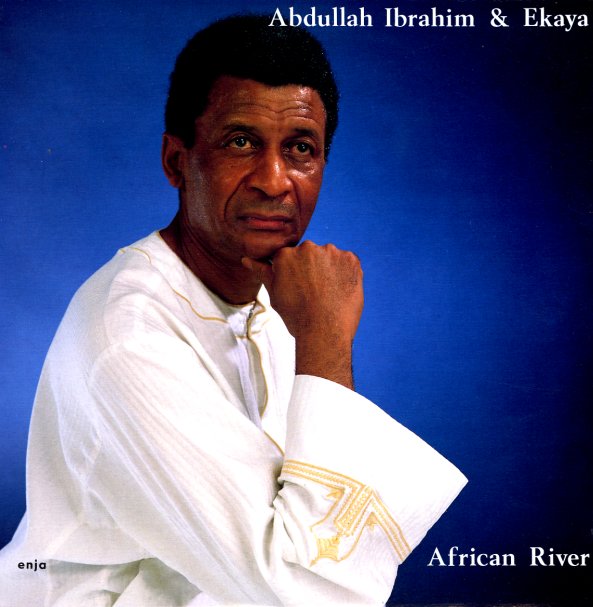 One of the great larger group recordings that pianist Abdullah Ibrahim gave us in the 80s – from a moment when he was able to use added horns to really expand that amazing sense of color and rhythm he'd brought to his music on earlier trio recordings! There's a sense of musical vision here that really lives up to Abdullah's majestic look on the cover – a fantastic merging of flute and tenor from John Stubblefield, soprano and alto from Horace Alexander Young, tuba and baritone from Howard Johnson, and trombone from Robin Eubanks – all vibrant horn players who seem to have just about every tone and mood covered with their horns – given this wonderfully warm support from Buster Williams on bass, and Brian Adams on drums. All titles are originals by the leader – and tunes include "Chisa", "Sweet Samba", "Duke 88", "The Wedding", and "Joan Capetown Flower".  © 1996-2022, Dusty Groove, Inc.
(Part of the "Enja 50th Anniversary Campaign Volume 2" series!)