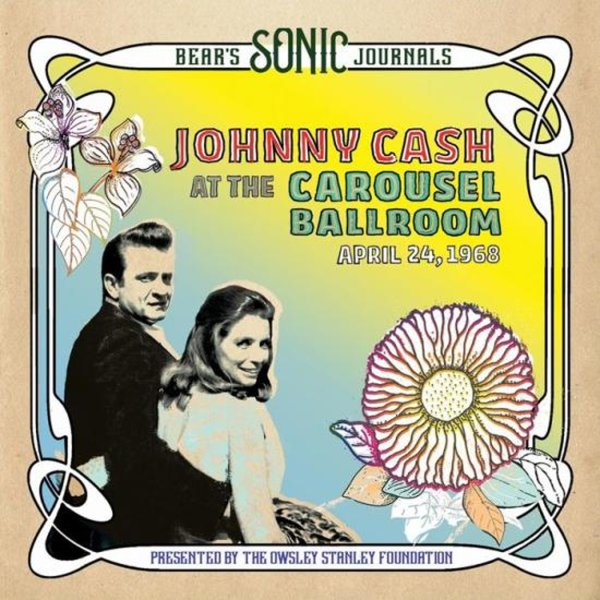 Rare live work from Johnny Cash – recorded right at the height of his late 60s fame on Columbia Records, but with a style that nicely takes his sound back to its roots! June Carter joins Cash at a few points in the performance – but most of the set jus has Johnny working with the Tennessee Three, in that spare chugging groove the group first developed when Cash was starting to record at Sun Records – presented here in a nicely unfettered way, as a contrast to some of his studio work for Columbia during the same period. The set's got 28 tracks in all – a nice mix of classics and other numbers – with titles that include "Bad News", "Jackson", "Long Black Veil", "Lorena", "Old Apache Squaw", "Guess Things Happen That Way", "Going To Memphis", "Orange Blossom Special", "Forty Shades Of Green", "Don't Take Your Guns To Town", "Ring Of Fire", "Long Legged Guitar Pickin Man", "Foggy Mountain Top", and "Wildwood Flower".  © 1996-2022, Dusty Groove, Inc.