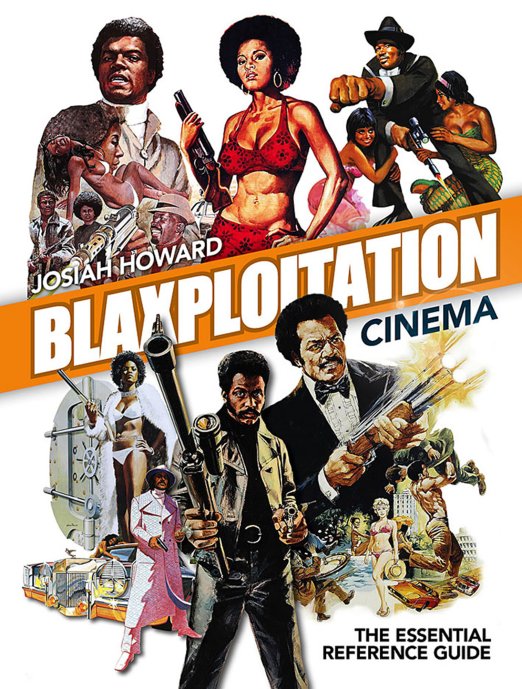 A totally fantastic book – one that will take you deeply into the world of black action cinema of the 70s, and get you way past the bigger hits like Shaft and Superfly! The book is as lively as the cover – filled with images from posters and films throughout, in support of alphabetical listings of hundreds of films from the 70s – with key information and a summary of each – plus vintage film reviews, additional commentary, and other cool bits as well! The book also features interviews with ten key directors of the genre – and is way more than just a listing of films from the time. Hardcover, 240 pages, with black and white and color images throughout.  © 1996-2022, Dusty Groove, Inc.

Clarks In Jamaica (hardcover) (2nd edition)
One Love, 2021. New Copy
Book...$42.99 59.99
A really cool book, and one that documents a legacy in Jamaican culture you might not expect – a longstanding love of Clark's shoes, and one that resonates surprisingly strongly with the music scene as well! The relationship might be the same between sneakers and basketball in our part of ... Book

Synthesizer Evolution – From Analogue To Digital (& Back)
Velocity, 2020. New Copy
Book...$20.99 30.00
One of the coolest guides to electronic music instruments we've ever seen – and one with a presentation that's unlike anything we might have expected! The cover gives away part of the charms – as each entry features a drawing of a vintage synth, listed in sections by manufacturer ... Book

Bedroom Beats & B-Sides – Instrumental Hip-Hop & Electronic Music At The Turn Of The Century
Velocity, 2020. New Copy
Book...$13.99 19.99
Hip hop was born on the streets of the South Bronx – but as the years went on, budgets changed, equipment evolved, and the music moved into some much more private spaces of creation – a rich legacy of homegrown production that's very well-documented in this book! The shift was key ... Book