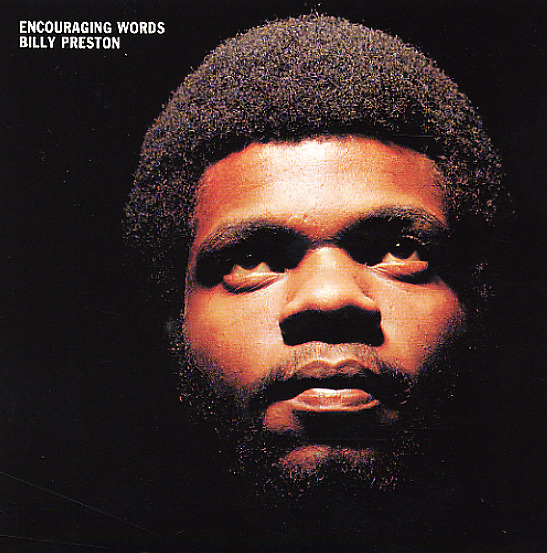 A huge crossover moment for the young Billy Preston – a set that took him from his early fame as a child prodigy on the organ, to a realm of spiritual soul music that would set the course for his big albums of the 70s! The album's produced by George Harrison, and issued on The Beatles' Apple label – and the set's got a nicely rootsy style that's heavy on influences from gospel, and which often uses female backing vocals behind Billy's lead and organ. Harrison managed to get Billy to record versions of "My Sweet Lord" (wonder if Billy got sued too?) and "All Things Must Pass" – and other titles include "Let The Music Play", "I've Got A Feeling", "Right Now", "Use What You Got", and "Right Now".  © 1996-2022, Dusty Groove, Inc.

What's Going On
Tamla, 1971. New Copy Gatefold
LP...$23.99 25.98 (CD...$6.99, CD...$4.99)
One of the few cases in the history of pop music where the record is worth all the hype! Marvin blew everyone's mind when he unleashed this amazing suite of political soul tunes – not only just because he'd moved past the simple love songs of earlier years, but also because he was working ... LP, Vinyl record album