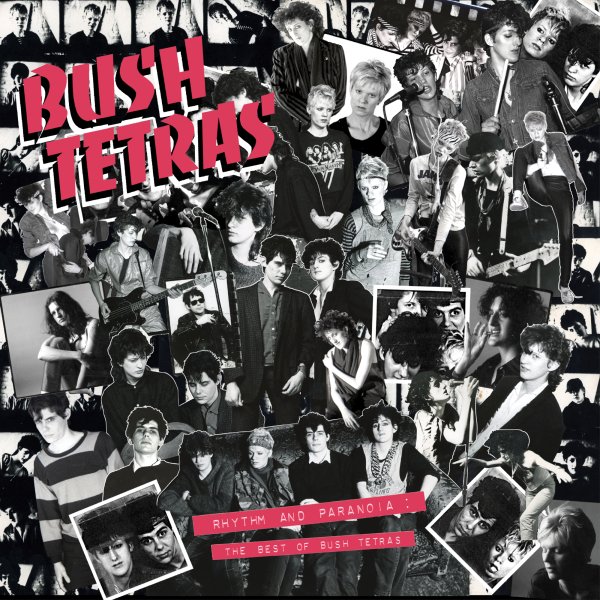 Rhythm & Paranoia – The Best Of The Bush Tetras

A long-overdue look at the Bush Tetras – a group who had a relatively short life span on the New York scene at the end of the 70s, but who were one of the hippest post-punk groups to record at the time! There's some modes here that remind us a fair bit of some of the best UK acts recording for Rough Trade at the time – and the presence of a strong female lead singer also might draw some comparisons to The Slits. But there's also a punky funky groove going on at times too – at a level that shows how easy it was for these guys to be scenemates of ESG – even though they're a completely different, more guitar-forward band! Whatever the case, the lack of Bush Tetras in the history books will be nicely righted with this collection – overstuffed with classics that include "Too Many Creeps", "You Taste Like The Tropics", "Punch Drunk", "Moonlite", "Color Green", "Stand Up & Fight", "Motorhead", "Snakes Crawl", "Pretty Thing", "You Don't Know Me", "Heart Attack", "Seven Years", "Ocean", and "Nails".  © 1996-2022, Dusty Groove, Inc.
(Includes a 40 page book of rare photos, essays, and more!)

Strum & Thrum – American Jangle Underground 1983 to 1987
Captured Tracks, Mid 80s. New Copy 2CDs
CD...$20.99 (LP...$33.99)
A great look at the farther reaches of the American underground scene in the mid 80s – years after punk and post-punk modes – and a portrait of a whole generation who rose up in their wake, but maybe made music that was something else entirely! 20 years hence, these guys might have ... CD