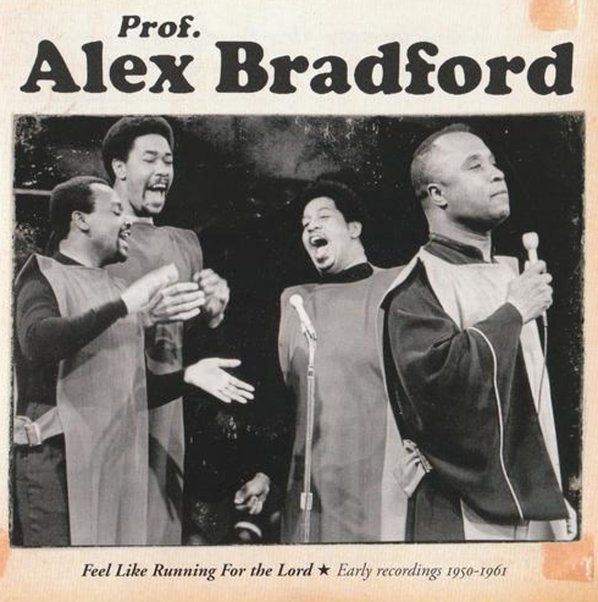 A huge look at the early career of the great Alex Bradford – one of gospel music's rising stars in the 60s, thanks to recordings for Vee Jay and Atlantic – but heard here on an assortment of small label singles from the years before! Even at the start, Bradford has something special that really sets him apart – a strong lead vocal that has an undeniable influence on the development of soul music – as does his way of interacting with other singers in the group – all mostly set to small group recordings that usually feature his own hands on the piano or organ used in the spare instrumental backgrounds. The package features a whopping 26 tracks in all – with titles that include "Now Lord", "I've Got A Job", "Every Day & Every Hour", "He's A Wonder", "Turn Away From Sin", "Let The Heavenly Light Shine On Me", "Think", and "I Feel The Spirit".  © 1996-2022, Dusty Groove, Inc.