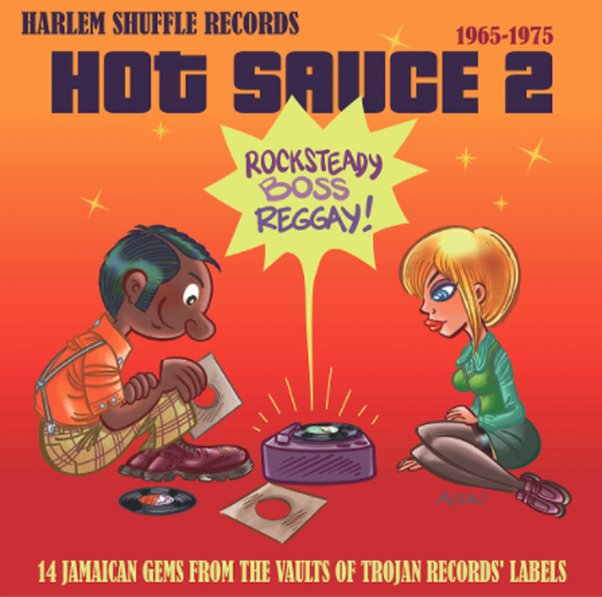 Great work from this series that really knows how to dig deep into the early years of reggae – going past some of the oft-reissued tracks to pull up some rare gems from a nice variety of small indie labels! The work here perfectly bridges the scenes in Kingston and London at the end of the 60s – tracks that are bubbling over with the new rhythmic experiments from Jamaica, but which have more than enough soul to get some global play as well – served up on cuts that include "Hot Sauce" by Dave Barker, "Psychedelic Reggae" by Winston Wright with The Supersonics, "Together" by Delroy Wilson, "Ride On Ride On" by Big Youth & Dennis Brown, "Reggae In The Fields" by Augustus Pablo, "Someday Someway" by The Leaders, "Keep On Pushing" by Lloyd & Glen, "Music Is The Key" by Roy Shirley, and "Hold Him Joe" by Glen Adams.  © 1996-2022, Dusty Groove, Inc.