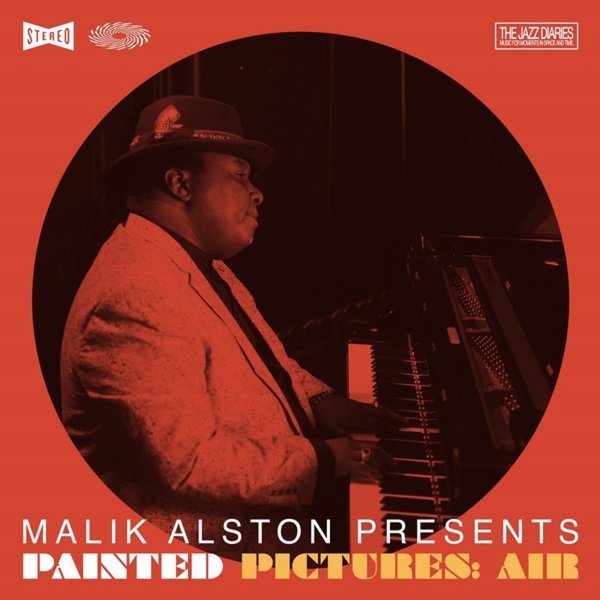 Fantastic funky keyboard work from Malik Alston – an artist we loved when he first rose up from the Detroit scene earlier in the century, and who seems to have only gotten better as the years move on! Malik's music has a sophistication here we didn't hear at the start – still largely rhythms and keyboards, but augmented with jazzy contributions from collaborators, and taken into much more spiritual territory overall – definitely with the richness that you might expect from the "painted pictures" title! There's vocals on a few cuts, but the keyboards and other instruments really take the lead – on titles that include "Butterfly", "Where Do We Go", "Linwood", "Rise Up", "Air", and "Almost On The One".  © 1996-2022, Dusty Groove, Inc.

Capon/Mate/Morris/Rahoerson
Palm/Souffle Continu (France), 1977. New Copy (reissue)
LP...$28.99 34.99
A lost treasure on the legendary Palm Records label – that famous French avant jazz imprint owned by pianist Jef Gilson, and which issued some of the most creative albums on the scene in the 70s! This set is maybe one of the most obscure – a record that's noteworthy not only for ... LP, Vinyl record album

Nil's Jazz Ensemble (180 gram pressing)
Mag/Vampi Soul (Spain), 1976. New Copy (reissue)
LP...$28.99
Amazing funky fusion from the Peruvian scene of the 70s – a record that crackles with energy to match the best soul jazz coming from the US at the time! The group's the brainchild of reed player Nilo Espinosa – who plays flute, tenor, and soprano on the set – always with soulful ... LP, Vinyl record album